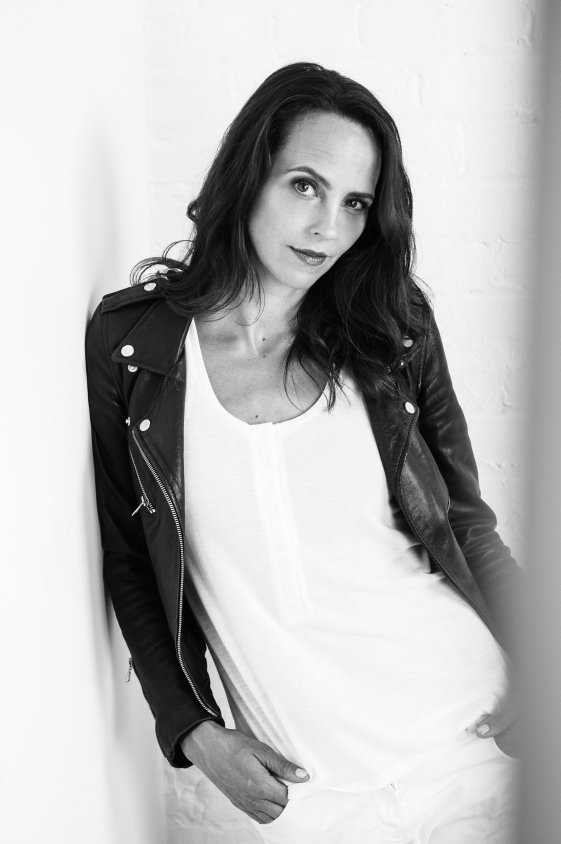 “Ballet was such a perfect metaphor for my life,” Murphy-Dyson said. “Everything is about looking perfect and getting it as close to perfect as you can on stage. And that carried over to my life. I didn’t want to be less than perfect for anybody. I was struggling with stage fright and body issues. For me, they were such big secrets and there was shame around that. I would have rather died than people find out about it.”

In writing The Naked Ballerina, Murphy-Dyson touched on subjects she had “ignored or suppressed.”

“It felt really good to get those out,” she said.

Since the play’s original run, Murphy-Dyson has spoken more openly about her struggles. She says reaching this point took a long time. “And I think that’s why it’s so important.”

“It was kinda layer by layer that I was able to do it,” Murphy-Dyson said. “I did the show, and it was terrifying but very cathartic. When I redid the show a few years later, I did a Q & A ⁠where some young girls told me how much it had helped them.”

Hearing the impact of her story, Murphy-Dyson realized her potential to be a role model. “I realized more and more that everybody is working through their own stuff. The more we hide it from each other, the more we perpetuate the idea that these things are bad or shameful.”

“I realized in hindsight how heavily all that weighed on me,” she said. “I was always so anxious. Always, always, always. I’m not anymore. Every time I think about it or talk about it, it’s such a relief.”

Growing older has also helped Murphy-Dyson in her journey.

“The older I get, the less I care about what other people think,” Murphy-Dyson said. “Which doesn’t sound very nice but we are conditioned In the dance world — maybe more so with women — to make everything okay.  We are told to be nice and quiet, and to make sure people like you.”

“You can take me as I am or not. If you don’t, that’s okay. It may hurt my feelings but I get it. I accept it at least. It’s been very freeing that way.”

Today, the 45-year old actress sees her younger self in a different light.

“It really does feel like that was a past life for me,” Murphy-Dyson said. “It’s interesting because I used to look at it with shame. I didn’t like talking or thinking about it. And now, it’s like I have empathy for my younger self. I can really feel sad for that part of me. For me in that time of my life where I was so lost and didn’t even realize it. Before I would have been upset with myself, but now I can empathize with that person like I would for anyone else. We are our own harshest critics.”

Murphy-Dyson says her departure from ballet came as no surprise for anyone who worked with her.

“[My coworkers] were definitely supportive,” she said. “I think they got it. I had been going to school while dancing at that point. I had done some independent films. They knew I was getting into the acting. I always loved character roles the best in the dance world.”

“What had happened was two of our ballets were made into films,” Murphy-Dyson said. “We got to know the crew really well. We would be laid off — it was contractual — for one to three months a year. Some of us started doing stand-in work and feature background work. It was in doing that, that I ended up doing Capote with Phillip Seymour-Hoffman.”

“I got chosen to do a scene with him. It was literally that moment when I was like, this is what I want to do.”

The next day, Murphy-Dyson told her director it would be her last season with the company.

For the actress, a “huge” part of the transition from ballet to acting was learning to tap into her real self and be honest with not just herself, but other people. Rae Ellen Bodie and David Rotenberg, instructors at Toronto’s Professional Actors Lab, Murphy-Dyson were pivotal to the process.

“When I was dancing and I would get really nervous, especially at first, I wouldn’t tell anyone,” Murphy-Dyson said. “I just thought, it’s my problem. I would push it down and try to ignore it. It would come out sideways at some point. Most people wouldn’t know watching me on stage. Whereas an actor, I can’t. Before, I would deny any negative feelings — nerves, sadness, or anger. [My training] forced me to touch them and acknowledge them. That’s where I have to act from.”

“Sometimes I feel sad that I wasn’t able to get to that place while I was still in the ballet because I think that would have been an amazing place to dance from, the freedom of that.”

Sarah Murphy-Dyson in End of the Rope, a short film by Sibel Guvenc.

Although she retired from ballet 14 years ago, Murphy-Dyson has not totally stopped dancing, especially not for the camera. The CBC web series Off-Kilter, released last year, saw Murphy-Dyson play the role of Anna, a veteran ballerina nearing the end of her career. The actress recently starred in End of the Rope, a sci-fi short film by Turkish-Canadian director Sibel Guvenc. In it, Murphy-Dyson plays a famous dancer whose career is ended by a car accident.

When she is not busy appearing on stage or in film and television, Murphy-Dyson writes screenplays. The actress says she has many ideas, and plenty of screenplays “sitting idle,” but high on her priority list is an adaptation of The Naked Ballerina.

“I want to direct and produce my own stuff with a core group,” Murphy-Dyson said. “ I have had great feedback on an adaptation of The Naked Ballerina, it’s just a matter of money. It’s definitely high on the list, but I would do something smaller first to help get a directing or producing calling card.”

Murphy-Dyson has a new teacher in her life.

“I have an eight-year old daughter,” she said. “Being honest with yourself and really stepping into who you are and not worrying about what people think. She’s more like my teacher in that. She’s definitely well on her with that.”