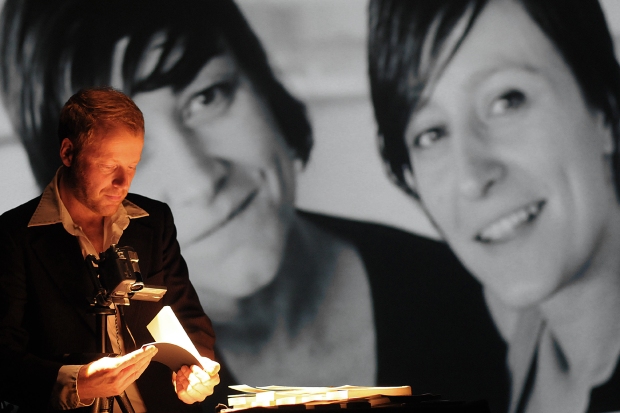 Theatre Junction has undergone several changes in the years since Artistic Director Mark Lawes founded the company in 1991. After a successful campaign to save the historic building from demolition, Theatre Junction relocated to the Grand in 2006 from the Southern Alberta Jubilee Auditorium, where the company was based for 14 years. While the company could have continued with “a program that was really more along the lines of interpreting text,” Lawes felt that it was important for Theatre Junction to change its mandate when they took over the Grand.

“There was a lot of risk involved in that change,” said Lawes. “I saw the regional theatre model as coming of age and potentially declining. The audience was getting older. It wasn’t engaging for young people to go and see work. And that was really important for me to engage millennials in arts and culture.”

“It’s a real junction,” said Lawes about the space, which is also home to the restaurant Workshop Kitchen + Culture. “A meeting place where people come together and not only see amazing works of art, but can meet new people and talk about arts and ideas.”

“He just decided to walk and meet people,” said Lawes. “For me, it’s a beautiful, simple act of humanity. It’s going back to something very basic about meeting someone. That’s something that we all crave and need.”

Lawes says that Gerling will walk around Calgary, meeting people when he arrives in the new year. This material will not be included in the production at Theatre Junction, he adds, since “the show is set” already.

In March, Theatre Junction will present Porte Parole and Crow’s Theatre’s The Watershed. Written by Montreal playwright Annabel Soutar, who travelled cross-country across Canada with her family, The Watershed is an investigation into the future of our natural resources that raises questions concerning the politics of water.

“[Soutar] has been making documentary theatre on subjects that are important to her and her family,” said Lawes about the theatre artist. “We presented Seeds two years ago, that was [about] the Monsanto versus Schmeiser trial…It really questioned who owns a seed, who owns life.”

Lawes says that Soutar was particularly concerned about the state of water in Canada under the Harper government. “She was really concerned with policy surrounding research: what was being researched, what wasn’t being published from scientists. Funds that were being cut for research.”

When asked what goes into programming a season, especially one that includes international work, Lawes confesses that “there’s really no secrets, but it is a very long, complicated process.”

“I go out to festivals every year and see a lot of work,” Lawes said. “I have a bunch of different partners across the country and in the United States that we also talk to see what’s touring and share ideas of work. So, some works come very quickly, you know I see something I really like and it happens to be touring.

He adds that it is also about “keeping [a] dialogue open with artists who have presented before,” like Japanese dancer and choreographer Hiroaki Umeda whose new work was seen by Lawes in Montreal.

“He happened to be touring in Mexico just before he’ll be presenting here, so he was on the continent, more or less, and on the same side of the continent. So, it made some sense for him to come up here. That’s one example of how that works.”

For more information about Theatre Junction’s 2016/17 season, including how to purchase tickets, visit their website: www.theatrejunction.com