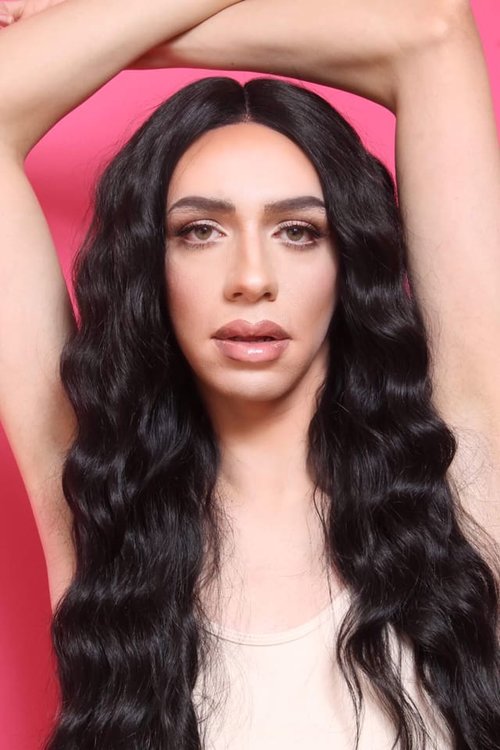 “I wish October could last all year,” Tranna Wintour says from her almost vacant apartment in Montreal. Wintour and I are speaking on the phone just a few days before her big move. After nine years of living in the same apartment, Wintour is moving into a new place. “This is the month where I can wear whatever I want without wearing a giant winter jacket.”

Raised in the suburbs of Montreal, Wintour is a transgender comedian, singer, and writer. She is one half of the CBC podcast Chosen Family. On the podcast, Wintour and co-host Thomas LeBlanc discuss sexuality, pop culture, and community with guests. Guests have included comedian Margaret Cho, actor and director Amy Jo Johnson, and pop duo Tegan and Sara.

Wintour is back home from Toronto where she recorded a live episode of Chosen Family. The live recording was part of JFL42, where Wintour also participated in a panel discussion about podcasts (“The World of Podcasting”). I ask Wintour how she feels about the recognition she has garnered from listeners and the industry.

“It’s super lovely, ” Wintour says. “But it’s just. We work so hard on the podcast. We take it so seriously. Of course, it’s always nice to have your work be recognized. It’s not an expectation. For all of us, you can’t go into things with the hope of recognition or validation. That’s just a recipe for disaster. If you buy into the good, you have to buy into the bad. At the end of the day, it’s more important to stay focused on the work.”

The work can be all-consuming. That is, she explains, the risk of doing something you love.

“You pour so much into it,” says Wintour. “I feel like I’m basically working 24 hours a day. Even when I’m not specifically working on something, it’s always on my mind — this constant, endless to-do list. It’s been six years of this to-do list.”

Wintour is not shy talking about her relationship with doubt.

Doubt plants itself in Wintour’s mind when career accomplishments fail to produce the expected results. The results, she says, are often internal. “Okay, if I reach a point where I am able to achieve this and this and this, I will feel secure and be able to relax a little bit.” Those feelings of security and stability do not always follow, and that is when doubt begins to set in.

“Fundamentally, I have an unwavering belief in what I’m doing and that it will work itself out,” Wintour says. “If I didn’t, I don’t think I would be able to continue.”

Our conversation turns back to the podcast.

Wintour tells me that the podcast’s listenership has yet to reach its target. “It’s not disappointing, but we are already doing everything that we can.” Wintour is trying not to think too much about the metrics. In her personal experience, focusing on the end result removes joy from the creative process.

“I’ve noticed that I’m happy in the moment that I’m creating,” says Wintour. “I’m super happy when we are doing a great interview. I’m super happy when I’m on stage. I have found for myself that the joy is so short-lived because as soon as those moments of creation are over, I’m back into the mindset of the results.”

Moving away from that mindset is easier said than done.

“Under capitalism, we have all been trained to focus on the end result,” Wintour says. “We tie up the value and the worth of ourselves and the work in the result which is so toxic. It is so hard to deprogram that way of thinking. That’s what I’m really working on.”

Growing up, Wintour’s mother always had music playing in their home. “My mom is a music lover, but she’s not a die hard fan of any specific artist.” As a result, Wintour had no concept of “The Artist.” That all changed when she discovered Alanis Morrisette’s 1995 album Jagged Little Pill. It was the first time Wintour felt a connection to a single artist.

“That was transformational for me on so many levels,” says Wintour. “I was only eight or nine years old. It was the first example of what it would look like to live your life as an artist. In that connection to Alanis, I knew that one way or another, that was going to be me. That was what I had to do.”

Next year, Wintour will release her debut album Safe From Your Affection. The album, produced in partnership with Mark Andrew Hamilton, will be available on vinyl and digital platforms. Recording an album was something Wintour dreamed about for years.

“Somewhere along the way, I gave up on that dream.” Wintour says. “It was a dream that was always there, but then it became a dream that I thought a lot less about. I can’t believe it actually happened.”

It is a Thursday morning. October has just begun. Change is on its way, and Tranna Wintour is in its path, standing tall.