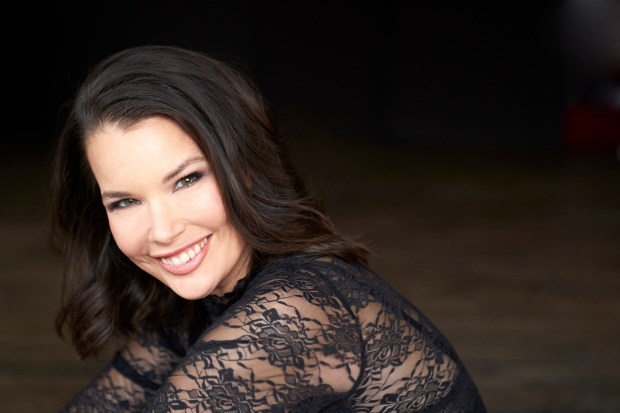 Michelle Shaughnessy released her debut comedy album You Know What You Did in 2017. (Photo provided by Shaughnessy)

“Well, I think I would have gotten out of Canada a lot sooner,” Michelle Shaughnessy says as our phone interview begins to wind down. Shaughnessy is speaking to me from her home in Toronto. “I feel bad saying that because I love Canada. It’s just…it is what it is.”

Shaughnessy calls me on a Monday morning in June. The 35-year-old comedian, originally from Peterborough, Ontario, has kindly agreed to talk about her career which has spanned almost twenty years. Besides some old notebooks, there isn’t much evidence of her early sets. Too bad, right? Shaughnessy is okay with it.

“I was trying so hard to be funny that I wasn’t necessarily being true to myself,” Shaughnessy says. “Sometimes when I come across old notebooks, I see my jokes and think oh my God, that’s embarrassing. I’m really glad that it wasn’t the era of everyone filming their sets and that YouTube wasn’t around.”

While it’s true that Shaughnessy started doing comedy when she was 18 years old, it’s not quite the full story. Shaughnessy took a break from stand-up to pursue other interests, like sketch comedy. When she returned to stand-up in her early twenties, Shaughnessy got signed to Yuk Yuks.

“But I still had day jobs,” Shaughnessy says. “I would meet these comics who would be snobby to me, even though we were around the same level. They were like, oh, you have a day job? You’re not a comedian. Okay, you live on a couch. You have no cable. You use paper plates. Look at how you live. You should probably have a day job too.”

Shaughnessy had no problem going back-and-forth between comedy and her day jobs. “I was in my twenties. If I had to work all day and go do a show, I would be so tired.” The young comedian worked in offices, where she was able to work on new material, and restaurants.

In April, a comedy page on Facebook uploaded a video of Shaughnessy performing at Absolute Comedy in Toronto. Shaughnessy’s set was part of SiriusXM’s Top Comic 2017, in which she was one of eight finalists. The video, taken from Sirius XM Canada’s YouTube channel, has received over 3 million views to date.

“A friend messaged me and said you went viral,” Shaughnessy says. “You’re at a hundred thousand views. What are you talking about?”

The comedian took “a quick glimpse” and decided not to look at it again. “I’m going to take everything personally. You can see a hundred good comments and then one really bad one. It just ruins my day. I take that stuff really harsh.”

“A lot of them are positive, but some of them are criticizing me or giving me advice,” Shaughnessy says. “It’s like, who are you? I could never imagine going up to a singer. Okay, so about that song…If you’re not a comic, I don’t want to hear it.”

I ask Shaughnessy about her feelings on the overall experience — her set attracting millions of views online.

“It’s weird. It doesn’t do anything for you in Canada,” Shaughnessy says. “It really doesn’t. We don’t care. Canadians don’t care. In America, I think that would help me. But in Canada, we don’t have a star system, so it doesn’t matter.”

“My Instagram followers have gone up. It’s been good for that. I just don’t think we here in Canada put much stock into that. When you talk with managers in the States, one of the first things they ask you about is your social media. Do you have a big presence? Do you have a big following? That’s just not a thing in Canada.”

Our conversation turns to the partnership between SiriusXM Canada and Just For Laughs, first announced in late February. SiriusXM Canada’s ‘Canada Laughs’ station would rebrand as Just For Laughs Radio. The new station would air international comics from JFL’s archive. The backlash from Canadian comics was swift. Canadian comics feared Just Laughs Radio would not only sideline Canadian artists but also jeopardize royalties generated from the station.

Shaughnessy was one of many Canadian comics who protested the partnership and asked that the two companies reconsider their decision to alter Canada Laughs. In a statement released on social media, Shaughnessy described Canada Laughs as a “godsend” for Canadian comics. Comics featured on the station benefited from “exposure throughout all of North America” and “pay for play residuals from the not for profit company Sound Exchange.” As far as Shaughnessy was concerned, Just For Laughs Radio was just another way Canada “forces” its artists across the border.

“I was angry, because a lot of comics would not have been okay without [that income],” Shaughnessy says. “It would have affected a lot of peoples’ art, because then they would have to go back and get day jobs. They were afforded the freedom not to do that.”

“I was also angry because it was the one thing that exposed us to outside of Canada. That was going to be taken away from us. We don’t have much. That’s the only thing we have. When I felt it was slipping away, I was so angry. That’s what I was trying to explain to people.  It’s all about money for you guys. It’s not. It’s about our identity. It’s about getting our voices outside. There’s so much here in Canada that’s American. People forget we exist sometimes.”

Shaughnessy did not have the full support of her peers in the wake of her statement and ensuing comments against the partnership.

“I did have a few more well-known comedians reach out to me and tell me to stop it,” Shaughnessy says. “Why are you attacking Just For Laughs? Well, you know what, I don’t care at this point. You got to stand up for what’s right and not be scared to do so, or else we’ll just have nothing left for ourselves.”

After several days, SiriusXM Canada and JFL reversed their decision and announced that the station, now called Just For Laughs Canada, would exclusively air Canadian content.

Shaughnessy doesn’t regret speaking out. “I won’t be doing the festival anytime soon, but I didn’t before. That’s why I also felt like I needed to be a strong voice because I wasn’t one of the comics who really stood to lose anything from that company.”

Although Canadian comics may have won in February, there are still challenges for comics trying to ‘make it’ here at home.

“There’s only so far you can go in Canada,” Shaughnessy says. “I feel like Canada picks 10-ish people and uses them until they’re done. Does that make sense? They use them for everything. They pick a group of people and think: let’s go with these people forever. It’s really hard to break through that.”

“I feel like here we have two networks. You pitch your shows to those networks, and they both say no. Now, what do I do? Whereas [in the United States], there’s a thousand places you can go and try at least.”

With the media landscape as it is, Shaughnessy is not surprised that Canada loses talent to the United States.

“If you want to go further and try to get to that next level, you got to leave,” Shaughnessy says. “I’m going to be going. I have to. I didn’t want to. I think I avoided it for a really long time — taking the steps to get out of here — because I love Canada. I love Toronto. But there comes a point where you’re just like I can’t do this anymore.”

I ask Shaughnessy about some lessons she has learned from almost two decades in comedy. Yes, she would have left Canada sooner, but that would have involved Shaughnessy taking “her art more seriously” in her twenties.

“I think I wasted a lot of time partying,” Shaughnessy says. “I don’t drink anymore. I’m very clean living. I don’t like to live life with regrets, but sometimes I look back at the way I was before, and I’m like wow. If I had the clear mind I have now when I was 22 — I feel like I would have accomplished a lot more a lot sooner. I wouldn’t have wasted so much time.”

Before we say goodbye, I ask Shaughnessy if she has anything she would like to promote or anyone to shout out. Shaughnessy is currently working on a new comedy album, which she hopes will release in the next year.

“Support your comedians,” Shaughnessy says. “My friend Allison Dore started a record label called Howl & Roar Records. It’s Canada’s first female-centric record label. She’s doing some great things. I’m so proud of her. Look up the comics on that. Buy their albums. Stream it. They are some of the voices that might not get showcased otherwise.”

Michelle Shaughnessy’s comedy album You Know What You Did is available on iTunes.

One thought on “‘There’s only so far you can go in Canada’: Interview With Comedian Michelle Shaughnessy”